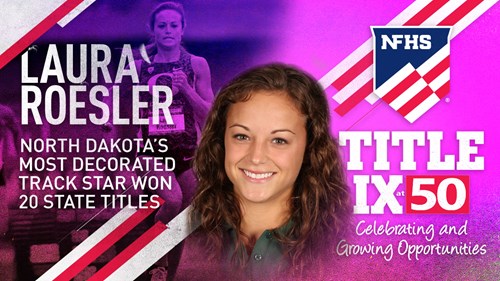 Roesler continued to excel on the track in college competing for the University of Oregon – a national track and field powerhouse – and eventually became a 5-time NCAA track national champion with Ducks, including a career-defining win in the 2014 NCAA Division I women’s 800 meters (2:01.22) during the national meet held at the famed Hayward Field in Eugene, Oregon.

Roesler competed in the United State Olympic Trials in 2008, 2012 and 2016. Roesler’s career achievements earned her a spot in the North Dakota Sports Hall of Fame in 2018 and her influence on the North Dakota prep track and field scene is still felt to this day.

Follow NDHSAA on Twitter at @NDHSAA and visit www.ndhsaanow.com for the latest NDHSAA sports and activities news from around the state.